The hammers have been linked to former Portsmouth star Sulley Muntari

The 79-cap Ghana midfielder claimed an FA Cup with Portsmouth in 2008 before moving to Serie A, where he’s since gone on to represent both Inter and AC Milan.  This season the 29 year old has claimed four goals and two assists in 17 league starts. A strong and powerful athlete with real quality on the ball, Muntari would fit in well with the attritional Allardyce philosophy whilst also improving the Hammers’ limited abilities in possession.

Having plied his trade with both Italian giants too, the African star comes with a wealth of continental experience and has registered six outings in this season’s Champions League tournament.

Muntari  is said to have a valuation of £4million. 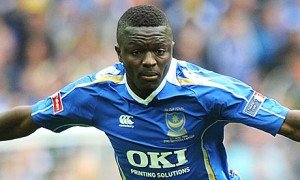