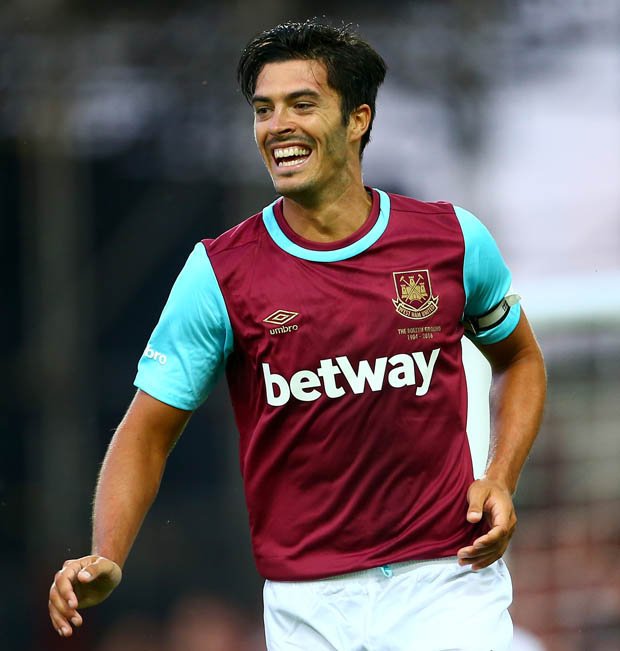 James Tomkins has had a £7 million fee slapped on him by West Ham who expect interest from both Sunderland and Crystal Palace this summer.

The central defender is fancied strongly by Sam Alladyce and Alan Pardew with Slaven Bilic is ready to listen to offers in that area.

Tomkins had a very in and and out season at Upton Park last term with injuries but despite being fully recovered towards the end of the campaign remained on the sidelines  with Angelo Ogbonna and Winston Reid being used whenever possible.

And despite performing reasonably well at right back Michail Antonio was preferred as Tomkins was forced to sweat it out on the bench.

The manager is a big fan of James Collins and has been looking in the direction of Reece Burke after an outstanding season on loan at Bradford.

And with speculation swirling around Reece Oxford’s head he too could be in line for promotion from the fringes. He is also expected to blood Sam Byram in the full back role next term.

Thus, Tomkins, along with Enner Valencia, is set to find himself very much on the wanted list this summer and may be forced to make up his mind whether he will be reunited with Allardyce – who rates him highly – or stay in London at Palace.

A well placed Irons source told ClaretandHugh: “We always listen to offers for players but nobody will be sold on the cheap. There’s not a first team member we rate lower than £7 million.”

20 comments on “Hammers look for big fee as defender hunted”