West Ham boss Manuel Pellegrini is understood to have left Chile this morning en route for Spain as the serious transfer market discussions look set to start in earnest.

Pellegrini and his director of football Mario Husillos and assistant Ruben Cousillas – both currently believed to be in Spain – are set for their first major’conference’ since being installed at the London Stadium. 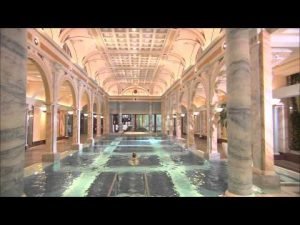 Owner David Sullivan is also away this week and although his destination has not been revealed it coincides with the time he and David Gold usually take their summer working break in Marbella to discuss targets for the new season.

It will be the first time since Manu Lanzini’s devastating injury that the men have been able to look into the issues which the situation has brought about.

And that – as reported here recently – is likely to centre on how the financial resources available may need to be redirected.

O Meanwhile, it is believed the Irons will be heading for Switzerland as part of their pre season build-up where they are expected to be staying at the Grand Resort Bad Ragaz,  with the training at the Ri-Au sports ground in Bad Ragaz, and at the stadium in Vaduz, Liechtenstein.

We understand the squad will be there  from 2nd July to 13th July. Saudi Arabia there at the moment and Dortmund due there after West Ham