We have already had one bid turned down but is looks very probable that he is the final target on David Moyes’ list ahead of the window closing. 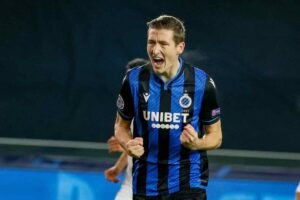 Despite not confirming the names of players in whom we have shown an interest a key London Stadium source told CandH this morning (Wed) “There will hopefully be one more arrival at West Ham before the window close and as things stand we are talking about a midfielder.”

The Hammers have been linked with the 29 year old over the past several days and confirmed to us yesterday that an £8.5 million offer had been made.

Unless Moyes has another surprise up his sleeve Vanaken looks to be the player who could be on his way in.

He has won 21 caps for Belgium and his contract with Club Brugge runs until 2025.

He has been with the club since 2015 and has made 343 appearances, scoring 102 goals, and can play as an attacking midfielder as well as a central midfielder.