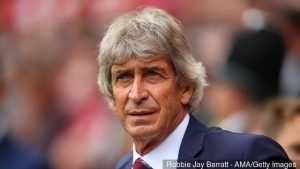 Pelle has every right to be utterly furious

That was an entirely incomprehensible performance from an Irons team on the highest of highs and one which will surely have made Manuel Pellegrini utterly furious.

We simply didn’t turn up and in giving one of our poorest performances of the season missed out on a hefty rise up the league on a day when the hosts played well but were never great.

We went behind from goals from Wood and McNeill in a first half in which we played like a team in the bottom three or four.

We created just one chance which was saved from an Ogbonna header as Burnley simply toyed with us all over the pitch.

Incomprehensible and impossible to excuse despite their often being very odd results over Christmas and the New Year.

The energy levels were down, there was little pass and move and we were justifiably beaten by a team who chose this day to find the sort of form they had shown all season.

Declan was in decent shape but the usually reliable Diop saw Wood get in behind him for the first, Anderson frustrated throughout, and Carroll – on as a sub – saw a fantastic header brilliantly saved by Heaton as we remained second best from start to finish.

One of those days? Probably, because 15 points from a possible 21 remains a pretty decent return this month and we must now hope that Pelle has pinpointed the issues and there will be no repeat against Brighton.

I want to put it down as a freak result but there was such a lack of energy and ambition that the worries lurk at the back of the minds because only a mix of bad misses and two or three Fabianski saves kept the scoreline respectable.

Onwards and upwards but being brutally frank one of the worst days we have seen at the office this season.

Note to self: NEVER AGAIN HAVE A POP AT LAWRENSON’S PREDICTIONS!!!!!

7 comments on “Hammers make a total mess of Burnley visit”