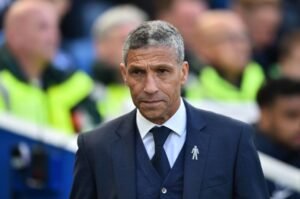 Out-of-work Chris Hughton – who has been linked as a possible replacement for Manuel Pellegrini – looks set for the job at Watford.

The former Hammer who was sacked from Brighton and Hove Albion in the summer looks likely to take up the Vicarage Road reins following the sacking of Quique Sanchez Flores.

Hughton was strongly linked to any managerial vacancy which may have arisen at the Iron when the possibility  of a Manuel Pellegrini departure appeared to be on the cards.

And we have heard that he is now a very strong candidate to take over the relegated Hornets who are currently rock bottom of the Premier League with just eight points.

Meanwhile, Pellegrini’s win over Chelsea has given the Hammers some breathing space and should they remain unbeaten in upcoming games  against Wolves on Wednesday, and Arsenal next Monday, the club will almost certainly stick with the Chilean.