Hammers No to cardboard cut outs 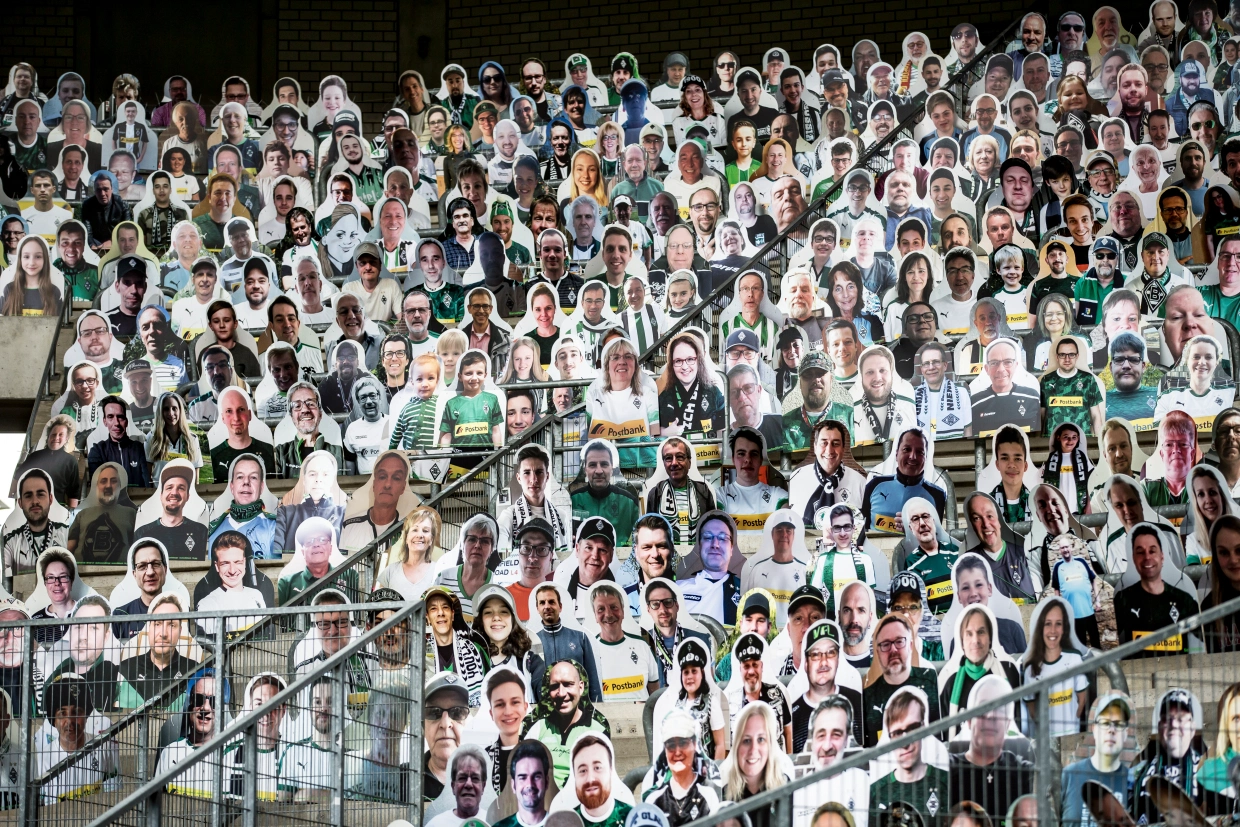 West Ham will not be using cardboard cutouts of fans when the Premier League resumes ta the London Stadium.

A story in the Sun newspaper this morning suggested three Premier League clubs are interested in having cardboard cut-outs in empty stands when top-flight football returns.

The tabloid claimed that the ‘Stay at Home – Be at the Game’ project have held talks and sent over documentation with club officials – two sides in the top half of the table – about adopting the concept suggesting that £20 recyclable and water-proof cut-outs could be placed in stadiums when the Premier League resumes in June.

The idea is the brainchild of ingenious German super-fan Ingo Muller, who has organised almost 14,000 cut-outs of fans and season-ticket holders for his beloved Borussia Monchengladbach. Fans download their head-and-shoulders photo to a special app and then it is printed on life-size cardboard cut-outs and placed in the stadium.

TV and commercial filmmaker Muller said: “It was my wife’s idea. We should have played at Eintracht Frankfurt two months ago. The match was suspended

“We were in quarantine in Berlin. I was sitting in the kitchen, complaining, whining about the fact I couldn’t watch football on a Saturday afternoon.

“My wife said: ‘Ingo, get a picture taken of yourself, put it in the stadium and somehow if there are matches without public you are there, supporting the team.’

“I thought about the concept for an hour or two. We talked with club officials and the following week they generously said: ‘The lawn is ours, the stadium is yours.’

“As soon as the fans can go back to the stadium, we will throw a huge party and then they can pick up their own cardboards and keep it as a memory.

“On one hand, I’m proud the idea is working. It’s a symbol of protest that we are here but we cannot be here. We’re against matches without the public.

“Jock Stein used to say, ‘Football is nothing without fans.’ And this is what we feel, too. I’m sad I cannot be there, screaming my guts out, supporting my team.”

One club insider dismissed the idea for West Ham saying it won’t be happening at the London Stadium and poured serious doubt that any other Premier League club would be adopting the concept.