Hammers passed on Left back 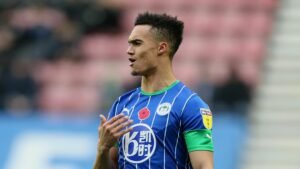 Wigan’s Antonee Robinson is not thought to be David Moyes number one transfer target for the left back position Claret and Hugh understand.

The manager went to watch the 22-year-old game against Charlton in the Championship and while he was of some interest we have been told he was not the top priority in that position.

Robinson appears to be on the verge of a £2m move to Sheffield United with the Hammers deciding to pass on the opportunity of signing him.

Moyes is thought to have a number of other left back targets in his list including Brentford’s Rico Henry who could be available for somewhere between £5m and £10m depending on competition for his signature.

2 comments on “Hammers passed on Left back”