Posted by Sean Whetstone on December 2, 2014 in Whispers 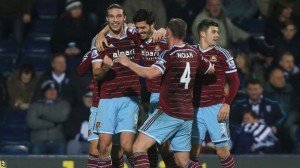 it wasn’t a classic match by any stretch of the  imagination but a good team effort to grind out an away win and another 3 points to stay 5th place.

Here are my my player ratings for the West Brom v West Ham match:

Four important saves in the game including one with his feet towards the the end of the game but too many theatrics with Anichebe. He picked up the ball at the last minute as if to prove a point which was unnecessary and risky. Marked him down one point for cockiness

Didn’t make any serious mistakes but not as good as he has been for the Hammers, quiet game on the left side.

Solid in defence, some important blocks and clearances especially in the second half, rose well to beat his marker to head home the match winning goal

Back from suspension and looked strong in the middle of defence. Like Tomkins, made some really important challenges and put in some big blocks. Tested in second half

Another good game who shows his experience in the Premier League, good defensive display and a couple of important blocks

Worked hard and bossed midfield in a solid performance

In the first half he looked slow and  second half he looked knackered. But he kept on going and as usual was in the right place at the right time to tap in a goal after Andy Carroll’s shot was saved.

So everyone was asking for Zarate to start and despite playing in  his favored position never really got into the game to contribute. Substituted in 78th minute

Returned to the Hawthorns where he spent last season on loan. Failed to show the form we know he has.

Looked a bit match rusty but won every aerial battle as usual, dispossessed too many times in the first half but made up for it with the amazing overhead kick which earned him an assist  7

The 12th man deserves a maximum rating of 10 and those are the West Ham away fans.  Sung their hearts out throughout the 90 minutes on a cold, dark Tuesday night. 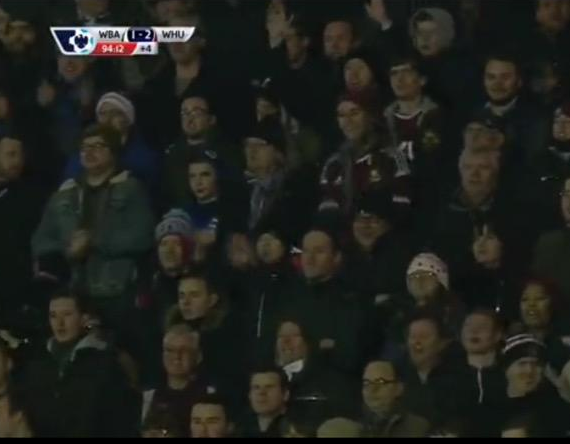