West Ham are no further forward with any plan to replace Manuel Pellegrini following the defeat at Wolverhampton Wanderers on Wednesday evening.

With three points from the last two games – two would have been enough – and two winnable games on the immediate agenda there remains a nervousness but there will be no panic replacement.

Indeed, given the shortage of quality candidates available, there is absolutely no appetite within the boardroom to find a third boss in four years.

Both David Moyes and Eddie Howe have been linked with us and Everton but whereas the board appeared split before the win at Chelsea and what might be expected from Arsenal and Southampton has given some breathing space. 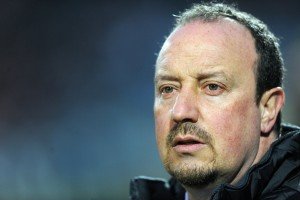 No switch from China likely

Were there to be a natural candidate then the situation might be a lot different but Moyes looks a real possibility for Everton , Eddie Howe appears to be making it clear he’s going nowhere and Rafa Benitez is only a few months into his contract in China.

Director of Football Mario Husillos is continually rumoured to be on his way and how that would affect the manager should it happen can only be guessed at.

Thus the powder is being kept dry – certainly until Christmas and probably beyond.