Posted by Sean Whetstone on May 8, 2021 in News, Videos, Whispers 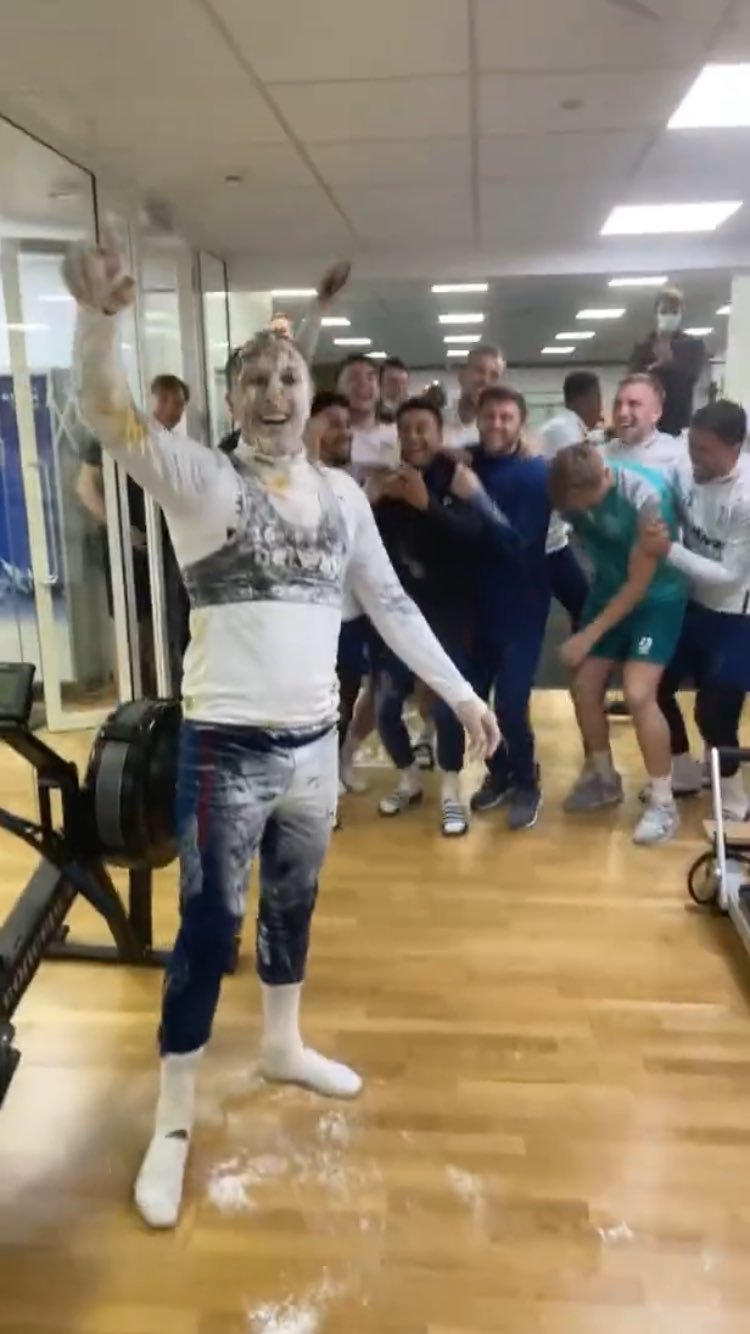 The Hammers captain who turned thirty-four today was on a rowing machine before West Ham players pounced on him with eggs and flour.

The video was posted by loanee Jesse Lingard who appeared to be a ring leader in the whole caper.

Nobes who has been out injured with a calf injury seemed to see the funny side but knowing him he is already plotting his revenge.

The Canning Town-born player joined the Hammers at the turn of the century and signed one extra season extension in his contract meaning he will have been with the club for 22 years in total.

He has made over 525 senior appearances for West Ham and is the Hammer with the most Premier League appearances pasting the 400 mark this season.
It’s hard to think of West Ham without Mark Noble but I sure he will find some role at  the club when he hangs up his boots.
Permalink