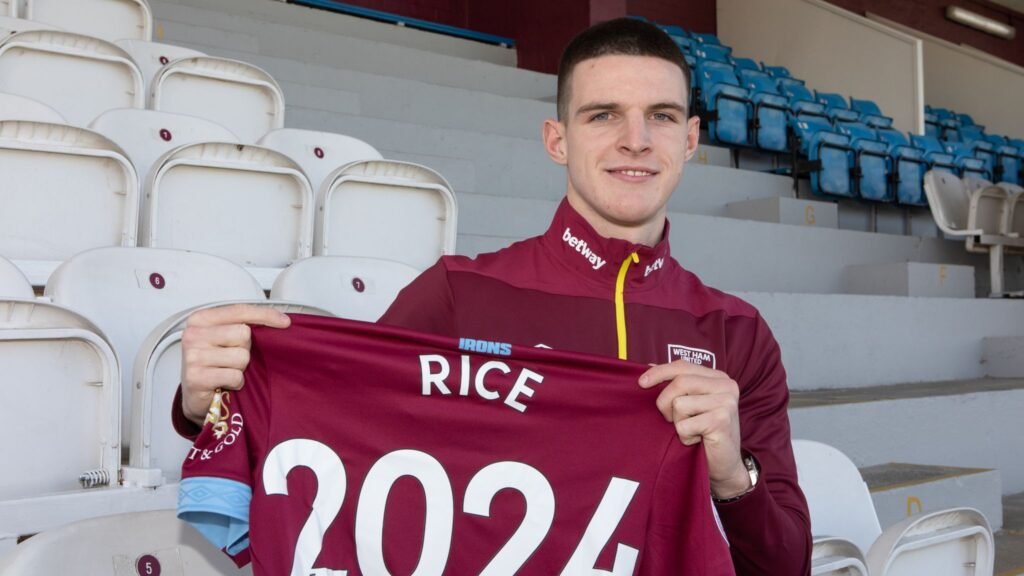 West Ham are preparing an offer to make Declan Rice the highest paid player in the club’s history.

The club – backed by new investor Daniel Kretinsky – will move heaven and earth to have the player commit to a new four year deal at the London Stadium.

The Hammers are fortunate to have find a billionaire to back the club at such a difficult time with the pandemic raging and it could put them in a strong position to hold onto our prize asset.

Most clubs were seen to be cash strapped in the last window with spending way down on previous summers and that holds out great hope for the Irons who value Rice at over £100 million.

Kretinsky did not arrive at the club with any intention of seeing the Hammers sell their best players and with 27 per cent of the shareholding may well be prepared to act as the borrowing outlet to underwrite Rice’s wages.

The club revealed earlier in the season they would be putting all player deals on hold until the end of the year as they wanted no players  distracted from the job in hand.

However, it seems likely that with talks going on between themselves and the Czech billionaire that was a part of the reason too.

And a source inside the club has told us: “We will be doing everything possible on a new offer to Declan.”