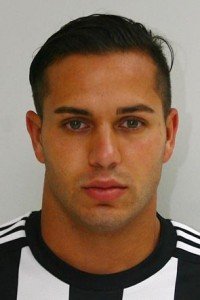 West Ham will not be buying or loaning Besiktas midfielder Kerim Frei …or any other player from the Turkish League come to that.

Having made the decision to bring in Gokhan Tore on an an expensive loan as the manager’s ‘must have ‘ signing Claret and Hugh understands they are now adopting a “once bitten twice shy approach.”

Stories were circulating last night that former Fulham midfielder Frei was being scouted by the Irons and that they could be tempted into a £3 million move in the January window.

But that was categorically denied by a top insider to ClaretandHugh this morning as we had indicated in our coverage of the report last night (Tues).

We were told this morning: “There is no chance at all of anybody arriving from Beskitas or anywhere else in the Turkish League. It simply wouldn’t be sanctioned after the club’s experience so far this season.

The view is that we bought the player who was considered the best around out there and it has still to work out so it’s very much a question of once bitten twice shy.”

One comment on “Hammers put a block on Besiktas players”