Hammers put pressure on ahead of Chelsea 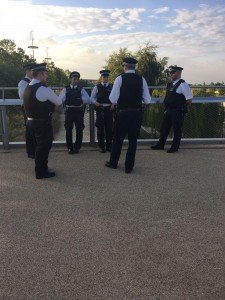 West Ham will insist that security is again beefed up ahead of the League Cup fourth round showdown with Chelsea.

Increased segregation has been introduced but the club will  pressurise  stadium operators LS185 for a game which many will see as being the first potential serious flashpoint of the season.

And with former Scotland Yard assitant commissioner Chris Allison brought in to oversee security, the club will be looking for the tightest operation possible.

West Ham are confident their security arrangements will be adequate for the highest-profile game yet at the London Stadium.

And a Metropolitan Metropolitan Police spokesman is quoted this morning as saying: “We will work with West Ham and the Safety Advisory Group to put in place the appropriate policing operation.”

One comment on “Hammers put pressure on ahead of Chelsea”