Hammers ready to go to prison! 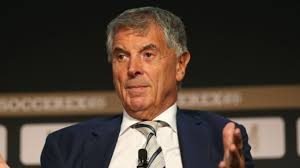 The Hammers are ready to become the first PL club to partner a prison in a new scheme aimed at reducing re-offending.

Former  Arsenal vice-chairman David Dein is the man behind the scheme and the Hammers are keen to send coaches into a jail as part of The Twinning Project in order to give inmates a chance of a career within football.

Dein is supported by the government and various football authorities including the Premier League and EFL, now wants to see 20 clubs partner a local prison.

The Daily Mail reports: ‘Coaches will then deliver a programme to inmates and those who complete it will receive a qualification which, it is hoped, will kick start a coaching career or a path to employment.

The initial response at the launch on Wednesday was promising.”

← How we rated the Irons v Spurs
Ratings regular makes his point! →
Click Here for Comments >