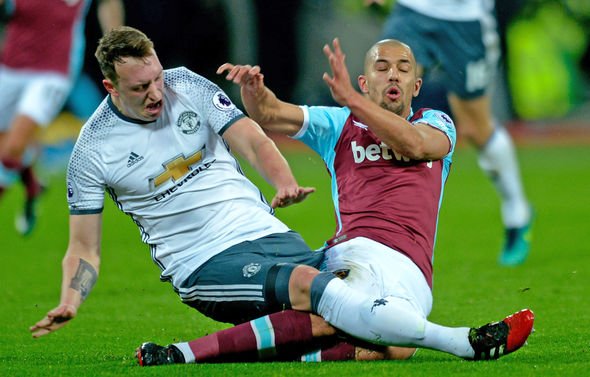 West Ham are ready to allow Sofiane Feghouli to leave the club if they receive an offer of around £7 – £8 million..

The Algerian winger will slip further down the pecking order should the club clinch the signature of Robert Snodgrass over the next few hours.

The Irons are aware of interest from Roma they won’t stand in his way if the Italian outfit or any other club moves in for him.

Snodgrass is expected to become first in line to take on the right wing role under the new system developed by the manager following Dimi Payet’s mutiny with Michail Antonio joining AC through the middle.

And with the former Norwich midfielder Snodgrass now seemingly on his way to the club, the Algerian’s day seem firmly numbered in the claret and blue.