Posted by Sean Whetstone on August 1, 2017 in News, Whispers 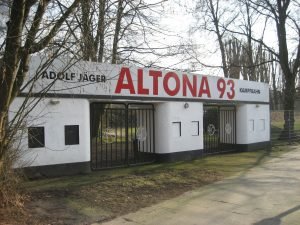 The Hammers received a welcome boost as Chicharito, Winston Reid, Diafra Sakho and Manuel Lanzini all took part in a full training session yesterday and appear to be stepping up their fitness as the new season approaches.

All three have been included in today’s match day squad against Altona 93 but it remains to be seen whether they will be risked and if so how long they might play.

The club say Chicharito and Reid could be handed cameo roles whiel Sakho and Noble are ruled out.

WHUFC.com says “West Ham United could hand a first appearance to Mexico star Chicharito in Hamburg, with the striker in line to pull on a Claret and Blue shirt after working hard on his fitness over the weekend. The Hammers also welcome Winston Reid back into the matchday squad for the first time in pre-season. The New Zealand defender is back to fitness after recovering from the shin surgery he underwent just prior to the end of last season. Striker Diafra Sakho is back in training but will not be involved, while Mark Noble is still ruled out with a minor toe injury.”

← Do you want Sakho back? The fans respond
Hammers get set for Altona test →
Click Here for Comments >