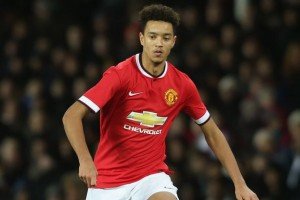 A report that the Irons are keen to do a loan deal for “Manchester United’s left back Cameron Borthwick-Jackson are wide of the mark.

The club have made it clear to ClaretandHugh that the injury to Aaron Cresswell will see them sign a regular Premier League performer with Hull City’s Andy Robertson top of their list.

The club are ready to go in with an offer for the player and suggestions in the Sun that Borthwick-Jackson is in their sights are innacurate.

The report came from veteran reporter Alan Nixon but the Hammers have made it clear the United player would not be the answer to their problem.

We have watched the 19 year old in the past past but suggestions he will answer an ” SOS call” have been dismissed with a CandH source  saying: “We need a quality left back – we have gambled in that position for long enough.”

He admitted that the Irons had seen an £8 million bid for Norwich City’s Robbie Brady turned down adding: “I think that makes the point.”