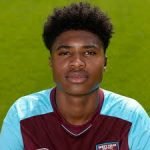 West Ham’s under 23s perhaps became victims of their own success in producing first team squad players as they crashed out of Premier League 2 Division One last night.

With their fate out of their own hands despite beating Everton 2-1, the lads were sent down by – of all teams -Spurs whose 3-1 win over Derby County rendered the Irons efforts a failure.

Declan Rice and Grady Diangana’s arrival into the first team squad and  injuries to key players such as Dan Kemp, Xande Silver and Nathan Holland,  have really hit the team.

But their drop will be a bitter disappointment just two seasons after their arrival in the top Division after a famous play off victory over Newcastle secured their promotion.

However, with the likes of Conor Coventry, Kemp and the others there’s every chance they can make a further return next term although with one or two looking to make a breakthrough and others perhaps gong on loan there can be no certainties.

At the end of the day whilst results at that level are positive  the under 23s remains a group of players for whom the ultimate aim has to be first team football .

Grady Diangana gave the hosts the lead in the 25th minutes after great work from  Silva and Holland, and Ben Johnson crashed Steve Potts’ men two in front in the second half, smashing in from 25-yards after Conor Coventry’s lay-off.

But for the full-back, more important was the bigger picture and he said: “All the boys are so disappointed,” he said. “We were just focused on what we had to do tonight, in the end we left it too late.