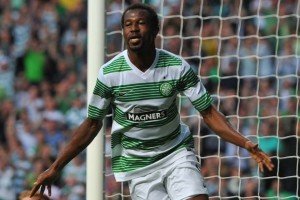 The 26-year old Nigerian right back/central defender had been linked with the Irons in various newspapers stories today along with Crystal Palace.

He has been impressive for the Scottish outfit since joining in 2012 after joining from Israeli club FC Ashdod.

One report said: “Both the Hammers and Eagles are aware of his defensive prowess and believe they can lure the Nigeria international south of the border.”

But ClaretandHugh was told a few minutes ago: “We have seen the reports but can confirm there’s no interest  as far as West Ham are concerned.”