Hammers reveal they are “close” to Mario deal

WEST HAM  are closing in on a loan deal which would see Inter Milan midfielder Joao Mario join the club until the end of the season with an option to buy the Portugal star in the summer.

Reports the deal have already been done are not correct but the club are hopeful it will be concluded over the next few days. 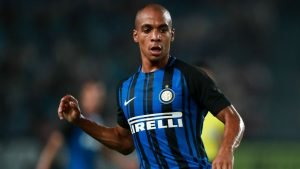 We have been told by a senior club insider within the last few minutes:”The deal is now getting closer but it’s not done at this stage ”

“It’s a very expensive deal. He’s on huge money having cost 45 million euros and there will also be a very hefty loan fee involved.”

The Inter Milan midfielder appears to have accepted that  he has little chance of e back in Luciano Spalletti’s team after the club signed Barcelona’s Brazilian midfielder Rafinha on loan.

And the Hammers are no ready to dot is and cross ts s they bid to fill the midfield issue which has been Moyes’ priority area this month.

← An answer to our strike duo problems?
Video: Mario’s skills as deal “gets close” →
Click Here for Comments >

7 comments on “Hammers reveal they are “close” to Mario deal”