Posted by Sean Whetstone on January 14, 2016 in News, Whispers 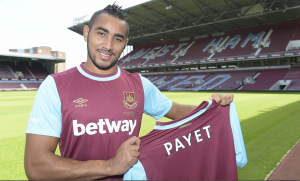 Hammers scouts were back in France looking for the next Dimtri Payet or Diafra Sakho to come out of the French top leagues.

Following the amazing success of Payet and Sakho in the Premier League, West Ham’s Director of Recruitment Tony Henry often sends scouts to the big French games looking the next young star which could break through to the Premier League for the Irons.

West Ham scouts have been assessing a number of right back targets as well as young strikers currently plying their trade in French Ligue 1.

3 comments on “Hammers scout French cup for next star”