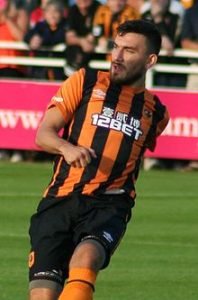 West Ham are this morning being reported as ready to to make a new bid for Robert Snodgrass with Ashley Fletcher thrown in as bait!

According to the Sunday Mirror’s Steve Stammers who is a long term fan with good links to the club the new offer would see £2 million on offer for the 29 year old but with the exciting prospect Fletcher as part of the player plus cash swap.

We have had a £3 million offer for Scotland midfielder Snodgrass rejected, but are ready to move again for the 29-year-old and they believe the he inclusion of Fletcher would appeal to Hull.

However a move to the London Stadium for Snodgrass is still very much in the balance with Hull seeing Snodgrass as a vital player in their fight against relegation.

17 comments on “Hammers set for player swap plus cash offer”