Hammers set to miss out on City-bound Zaba

West Ham could be set to miss out on the potential backroom appointment of Pablo Zabaleta.

The Argentine retired this summer and there is interest in him from Manchester City, where he made his name, according to the Daily Mail. 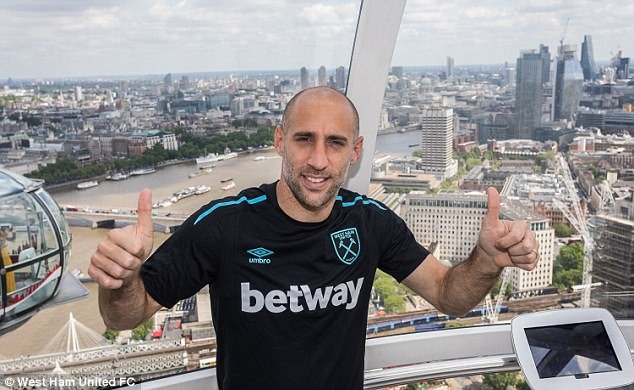 The right-back made 333 appearances for City, winning two Premier League titles, the FA Cup and two League Cups during his time in Manchester.

On his departure from the Etihad he joined the Irons on a free and quickly established himself gaining the  respect of  the fans and dressing room. He served the Hammers with distinction.

Zabaleta clocked up 79 appearances for the Irons but it seems he could return to the Etihad instead of the London Stadium.

City have offered roles to past players like Patrick Vieira and Joleon Lescott and Zabaleta could be the latest beneficiary.

It is not yet clear if he actually plans to remain in football but the interest appears to be real and it was always on the cards when he left Manchester that he would return on his retirement to take up a backroom role.

One has to say that the Hammers could use him, too, potentially as a defensive coach, given his knowledge of the game and his vast experience.

But they could be fighting a losing battle, given that he made his name in Manchester and remains a cult hero to the Blues fans.