Posted by Dave Langton on December 15, 2022 in News, Whispers

West Ham are moving onto other right-back targets after learning that they cannot convince Middlesbrough to sell Isaiah Jones.

Football League World reports that the Irons were very interested in doing a deal to sign the right-back. 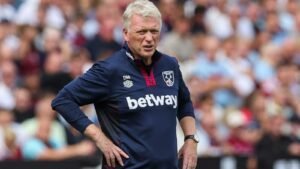 Jones has impressed this season and can play as a right wing-back and on the right of midfield.

He has made 21 Championship appearances and has scored three goals, while registering three assists.

The Irons are reported to have entered into talks with Middlesbrough over a deal to sign Jones but the Championship club have stood firm, insisting that they have no intention of selling in the winter window.

We know that boss David Moyes has instructed his scouts to find a new right-back in case Vlad Coufal departs the club in January.

Jones, though, appears set to stay at Middlesbrough until the summer, at least, when his future could be back in the spotlight.