Jesse Lingard appears to be edging ever closer to a permanent West Ham deal!

We understand that opening talks have been held between the attacking midfielder and manager Ole Gunnar Solskjaer and that the player is continuing to study his options. 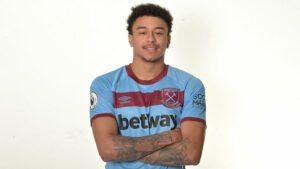 However, sources close to the 28 year old believe that he sees his game time chances  as being reduced at Old Trafford after a barren season before joining the Irons last term.

The arrival of Jadon Sancho is likely to push him further into the Old Trafford background and thus a move to the London Stadium becomes an attractive proposition.

David Moyes has had no problem in making it clear that Lingard is his number one option and the boss’ decision to agree a new three year deal with the club is set to become a big factor in the players thinking over the next couple of weeks with the Irons very keen to do the deal.

8 comments on “Hammers signing looks to be edging closer”