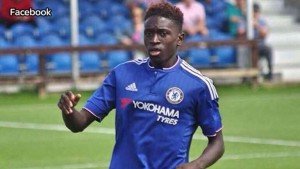 The Irons have reportedly blocked an attempt by Rangers to sign Domingos Quina on loan.

The Scottish giants wanted the 17-year-old midfield starlet until the end of the season.

But Slaven Bilic has put his foot down on such a move with the belief that Quina could get first team appearanaces this season having already been included in the squad.

Rangers were keen to bolster their squad and have a history of taking youngsters on loan from English clubs, having done the same with Arsenal’s Gedion Zelalem.

Portugal under-18s starlet Quina is regarded as one of their top prospects and signed for West Ham last year after turning down interest from Arsenal and Manchester United.