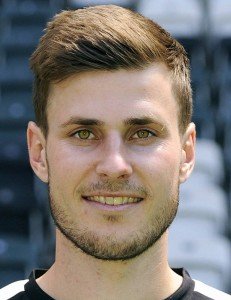 And at the back Havard Nortveidt (right) is included but 33 year old right back Alvaro Arbeloa is believed to have picked up a knock and is likely to miss the game.

Pedro Obiang, Mark Noble, Cheik Kouyate and Michail Antonio are likely to form the midfield quartet as the manager adopts a more defensive approach than normal in his search for a clean sheet with Winston Reid and James Collins at the heart of the defence and Aaron Cresswell making his return

The manager claimed in his press conference yesterday that he had more or less made his mind up on the team with the exception of the central striker but the view from inside the club is that Zaza is likely to get the shout as the starting option.

ClaretandHugh also understands that Raphael Speigel is set to be the back up keeper for the game after Darren Randolph too picked up a training ground knock.