Posted by Sean Whetstone on October 30, 2015 in News, Whispers

Hammers man of the moment Dimtri Payet posted an picture on Instagram yesterday to show the amazing togetherness and bond of the squad as they trained to face Watford on Saturday.

Payet said “So Hilarious, all the team laugh at the training with Enner Valencia, Manuel Lanzini,  Pedro Obiang, Mauro Zarate and Chek Kouyate.”

West Ham sit in third place in the Premier League table with 20 points and a goal difference of plus nine. An away win over Watford on Saturday could mean West Ham top the Premier League on 23 points after 11 games but we need to rely on Norwich beating Man City at the Etihad and Swansea getting a draw or better against Arsenal.

It has been a crazy Premier League this season so you never can predict what may happen. 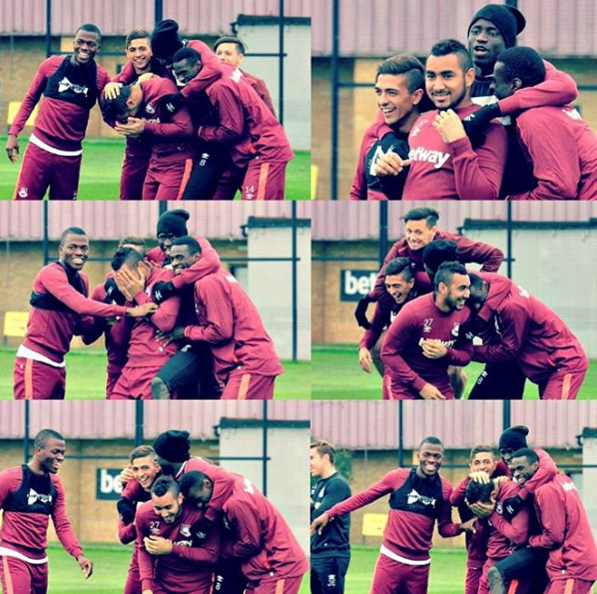