West Ham’s squad has so far escaped any infection from Covid19!

The Daily Mail today took a look at every club and the effects the virus has had on each of them and thus far the Hammers have been untouched by it.

The players are training independently with Tomas Soucek drawing special praise from the club’s backroom staff who have revealed that he has been running locally ahead of the training ground opening..

Such is the state of health of our players that were a match due the entire squad would be available for the manager to select his starting eleven.

David Moyes himself and the rest of his staff of course went into precautionary isolation after shaking hands with Arsenal manager Mikel Arteta but none showed any signs of symptoms and has now returned to work.

The Mail has given it’s report on every premier League club’s CV19 position and it can be read in full at https://www.dailymail.co.uk/sport/football/article-8116021/Coronavirus-UK-Club-club-guide-Premier-League-affected-COVID-19.html

Here’s how they describe the position at the Hammers:

Are any players in isolation?

Manager David Moyes and his staff self-isolated for seven days after coming into contact with Mikel Arteta when Arsenal played West Ham earlier this month.

Moyes showed no coronavirus symptoms during that week and is now back at work.

Has anyone at the club had the virus yet?

Nobody at West Ham has tested positive for the virus. 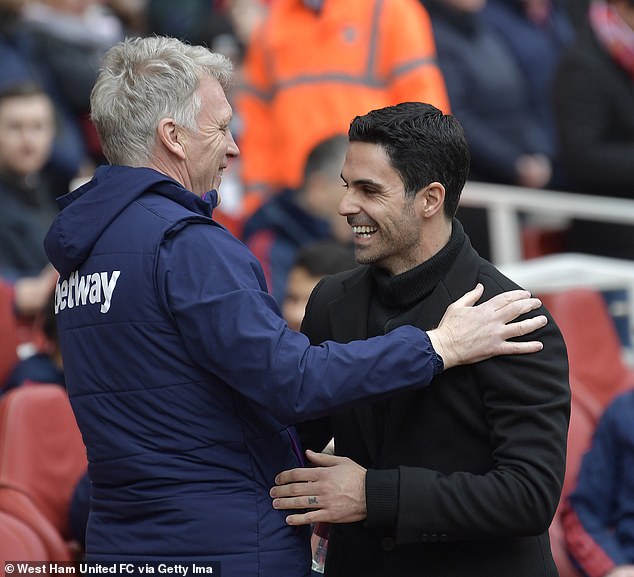 Is training taking place as normal?

West Ham hope to get back to normal as quickly as possible and continue training but they have introduced a number of restrictions at their Rush Green base.

The training ground has been taken off limits to all non-essential visitors, including player agents.

West Ham staff have also been told to keep a log of everywhere they go once leaving the training ground – including any restaurants they have visited.

In line with quite a few other clubs, players have been ordered not to pose for selfies with fans.

Hammers captain Mark Noble: ‘As much as we all want to play, it is the right decision. There are times when sport, as important as it is to so many people, is of secondary importance and this is just such a time.’