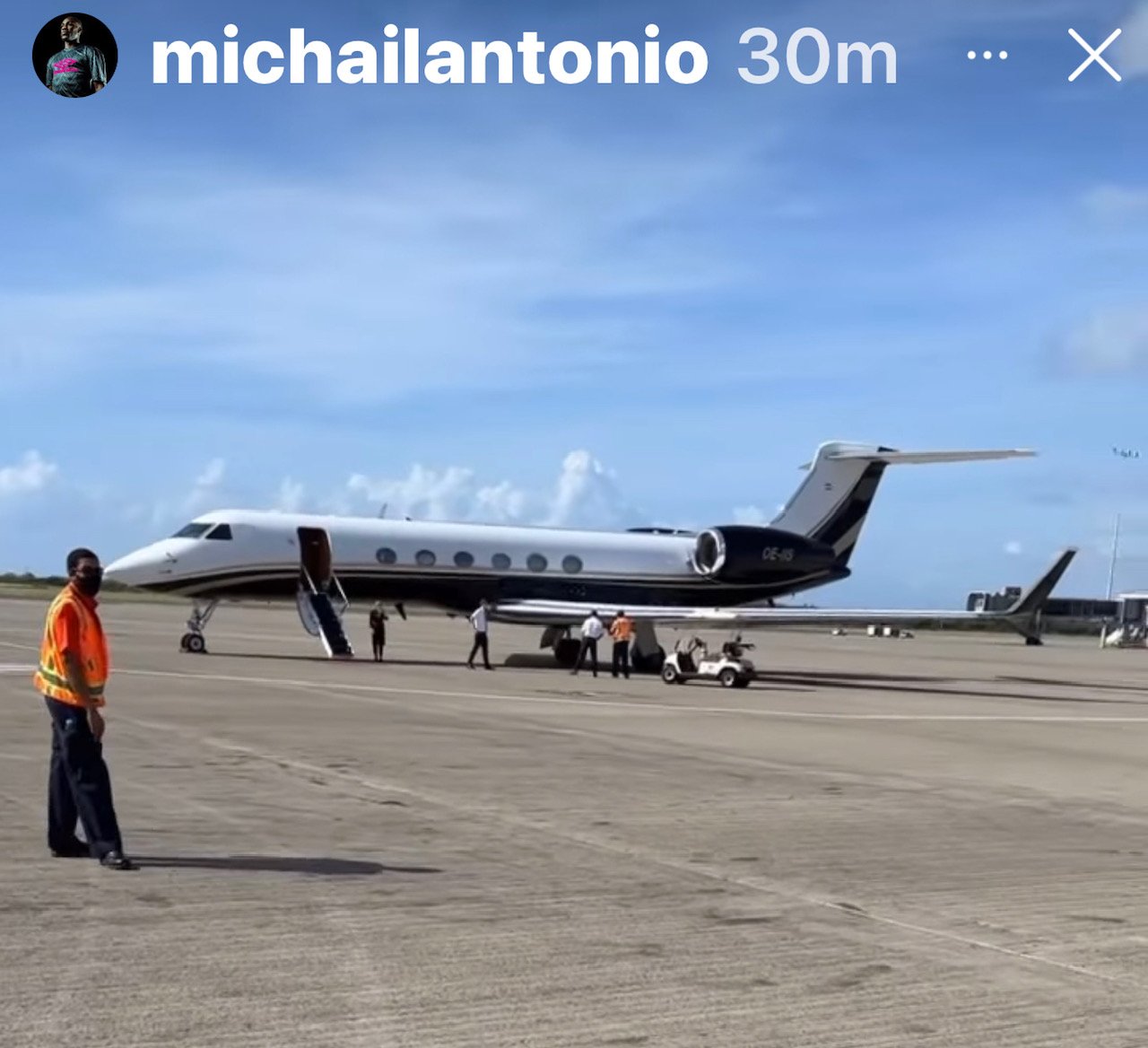 Hammer Michail Antonio has thanked West Ham Chairman David Sullivan for sending him a private jet to Jamaica so the 31-year-old can get back to the UK quicker and in more comfort.

Antonio videoed himself on the tarmac of the Jamaican airport with a private jet waiting for him.

The West Ham striker scored a solo wonder goal from 25 yards from outside the box against USA  last night, my second goal in as many games after scoring the Reggie Boys during Friday’s draw with El Salvador.

The Hammer publicly thanked the chairman by name on camera saying it would mean he gets back quicker to West Ham to face Wolves at the weekend.

Antonio has nine goals and four assists for West Ham and Jamaica this season between the Premier League and Europa League and his national team.

Antonio will now make the 4,700 mile trip home to the London in luxury this afternoon.