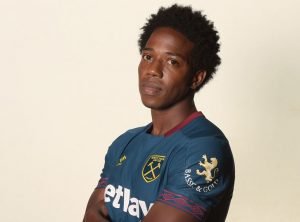 West Ham’s chances of raising cash to help transfer window moves this winter given the players that look obvious candidates for the exit door.

First we have Mr Carlos Sanchez who is out of contract in the summer anyway after making 12 Premier League appearances and is probably worth less than £1 million in real terms.

Albian Ajeti – with just five appearances to his name – is one of those the Irons would let go in a heartbeat but even were a club to be interested, given his record this season, we’d be lucky to get half the fee.

Roberto is of course another but the hopes of getting rid are about as negligible as it gets and Jack Wilshere is a lost cause in the transfer market.

A case could be made for PERHAPS selling either of Arthur Masuaku or Andriy Yarmolenko but the reality appears to be that we will be involved in the loan market with maybe the club digging deep for a decent striker if they can find one.

← Poll: How many points will the Hammers collect?
David Martin puts perspective on Pellegrini’s season →
Click Here for Comments >