Posted by Sean Whetstone on February 20, 2021 in News, Whispers 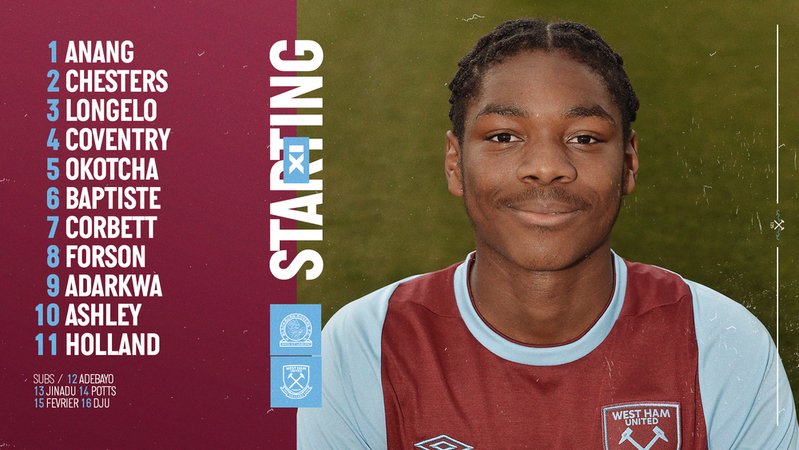 The lastest loss comes hot on the heels of a 6-1 defeat to a Brighton and Hove Albion Academy side at the beginning of the month.

The Irons are rooted to the bottom of the League Table in unlucky thirteenth place three points behind twelfth placed Southampton.

U23s lead coach Dmitri Halajko made four changes from the Brighton defeat, with Arsenal trialist Levi Laing, the suspended Frederik Alves, plus Kamarai Swyer and Ademipo Odubeko making way.  In came,  defender Josh Okotcha, midfielder Ossama Ashley and forwards Kai Corbett and Nathan Holland.
It was Nathan Holland’s second start of the Premier League 2 season, having recovered from long-term injury to face Everton just prior to Christmas in a 2-1 defeat.
Yesterday also marked the 16th game of the season for 18-year-old defender Jamal Baptiste, the Hammers’ most-used player at this level, after the defender put pen-to-paper on a professional contract earlier in the campaign.
After the defeat, Dmitri Halajko has said actions speak louder than words after his team conceded ten goals in the last two games.
Permalink