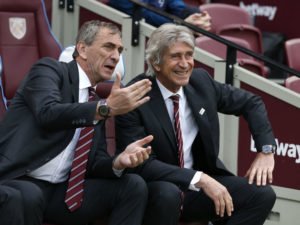 West Ham have put an ambitious 10 day deadline on their transfer window ambitions!

As was the case last summer, Manuel Pellegrini wants business done as early as possible and a senior club source told us by e-mail: “We expect to resolve the situation within 7-10 days and we have five or six targets.”

He added: “The manager wants to attack teams and is looking for creative midfielders and we expect to get them done quickly.“

Mario Husillos has other midfield targets but the manager was particularly happy with the form of Mark Noble who will still have a big role within the team whoever else arrives but defensive midfield cover for Declan Rice seems a requirement given his move for Gary Medel in the winter.

Another name thrown into the mix today is Villareal midfielder Pablo Fornals (23) at €27 million who was a player taken into Valencia under Pellegrini and Husillos before later following them into Malaga.