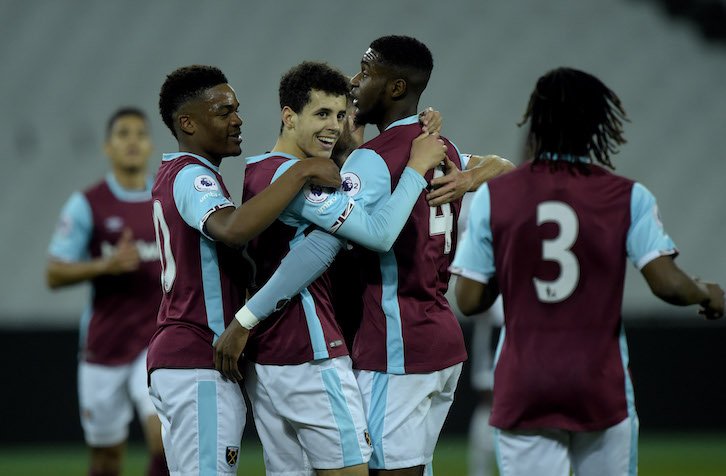 West Ham’s U23s continued their recent form with a 2-1 win over Arsenal 23s at Meadow Park on Saturday afternoon.

A penalty in each half from Conor Coventry and Ademipo Odubeko saw the young Hammers make it back-to-back away wins and strengthen their case for Premier League 2 Division 1 survival.

The North London hosts also found the net from the spot through Nikolaj Moller, who levelled just moments after Coventry had put Dmitri Halajko’s side ahead.

The Hammers sit just one place above the relegation zone with one game left to play again against Arsenal at home.

West Ham just needs all three points to push for survival while second from the bottom Leicester City must earn maximum points from their two games against Liverpool’s U23.

Leciester City plays the first of those two games tomorrow at noon which should be a good indication of what West Ham need to do to avoid the drop to Division two.