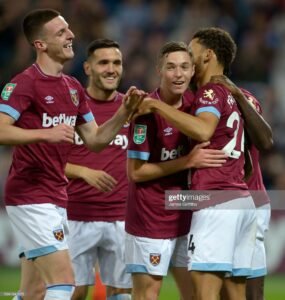 West Ham expect the Premier League to be seeking an extension from Uefa on the deadline for completion of the season.

The game’s ruling body in Europe have made it clear they want responses to the question from League by May 25 but that will prove impossible given the government’s three week extension of the current lock down arrangements with minor adjustments.

They  have made it clear that there will no be return of professional sport until June 1 earliest and as a result Uefa’s date is impossible to meet. Now the PL will be expected to negotiate with Uefa to get their timetable changed.

There remains no guarantees of the game being re-started but whatever the circumstances on June 1 the May 25 deadline will have to be put back.

A highly placed Hammers insider told Claret and Hugh: “It really shouldn’t be a problem. This is all in the government’s hands at this stage and the PL bosses will need to get an extension.”