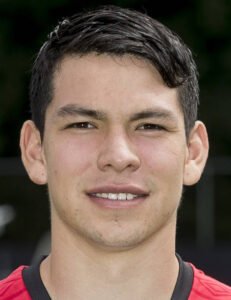 Napoli’s hopes of snatching Felipe Anderson out of West Ham have taken a dive!

For according to Corriere dello Sport the Serie A outfit are hoping to offer the Mexican Hirving Lozano in exchange for Anderson’s services.

It would be the cheekiest of bids and will unquestionably be stone walled by the Hammers who would be totally disinterested in any swap deal.

Apart from that the Mexican has had a poor campaign in Serie A playing just eight games for two goals since a £36 million move to Napoli.

That was the same fee as we paid for Anderson who had a fine first season but has been out of touch during the present campaign.

He has been regularly discussed as a possible transfer target given that David Moyes has sent him down the pecking order since the Anfield defeat.

He and Manu Lanzini as the main creative force have misfired and it now remains to see what happens to his future but a swap deal would not do it anyway for the Hammers.

← Will you renew your Sky subscription?
Former Iron reckons he’s made the perfect move →
Click Here for Comments >