Hammers to win…no doubt about it! 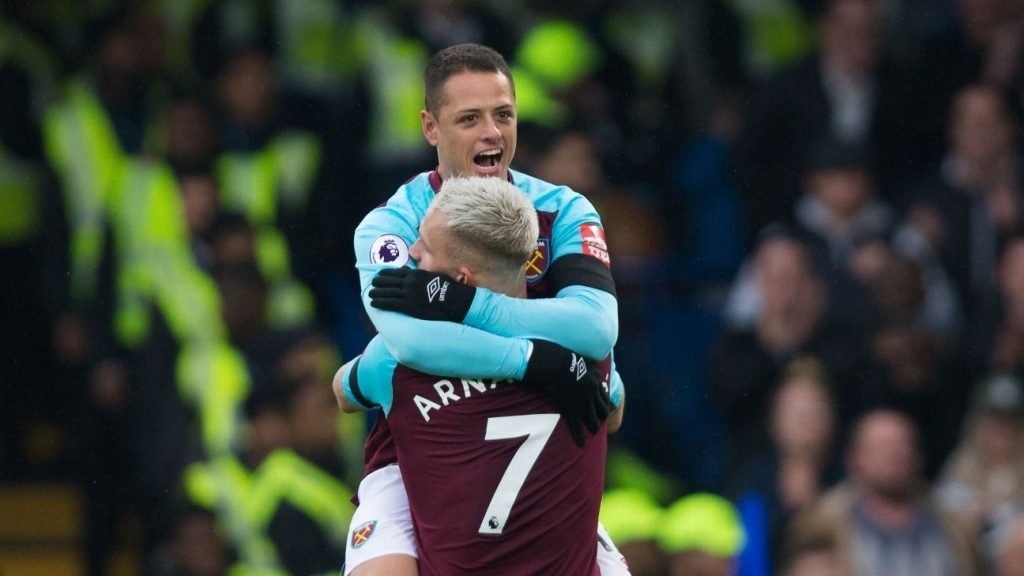 Chicharito and Arnie celebrate after that equaliser at Chelsea

So tonight’s the night – this really is the big one and a game in which I don’t believe the Irons will fail.

Let me tell you why!

Sometimes it’s hard not to become depressed about the attitude and dips in forms demonstrated by Hammers teams – a flaw which has been present it seems since there was a King on the throne.

But we all saw something a couple of weeks ago which should cause our chests to puff out in pride and it was followed up big time at Stamford Bridge last Sunday.

After what were variously described as the “scandalous, ghastly, depressing” and “horrific ” events during the Burnley game – something which would have unsettled any group of players in the world – we saw a quite magnificent response.

That was the result of great man management by Moyes and the character and integrity of players who had no doubt been left bewildered and confused by people invading their place of work and the protest that followed.

For all the justification of many it remains a horrible moment in our history which may have become diluted at a distance of five weeks.

However, when the lads reappeared against Southampton after a too long break they were magnificent showing the resolve, determination and gifting we’ve have been begging for all season.

The quality of the football was sensational in the first half and game management in the second right out of the top drawer.

Last weekend it was more of that same grit and spirit as we collected a point that felt like three down the Bridge. A performance different in execution but one of fabulous spirit.

We should not under-estimate this group of players in any way after that and I reckon we are about to see more of the same when Stoke arrive. After starting the job in those two games I expect nothing else.

And may I suggest that the current odds of Even money for the Irons to win are pretty amazing and worth a bet.