Hammers train to the sound of silence

The Hammers are preparing for behind closed doors action by holding training sessions in the empty London Stadium..

Sportsmail has reported that David Moyes put the squad through their paces on Saturday in a session that included a match between the first-team squad.

Players were even dressed in full kit as the club try to prepare their players for competing behind closed doors in addition to using their Rush Green base. 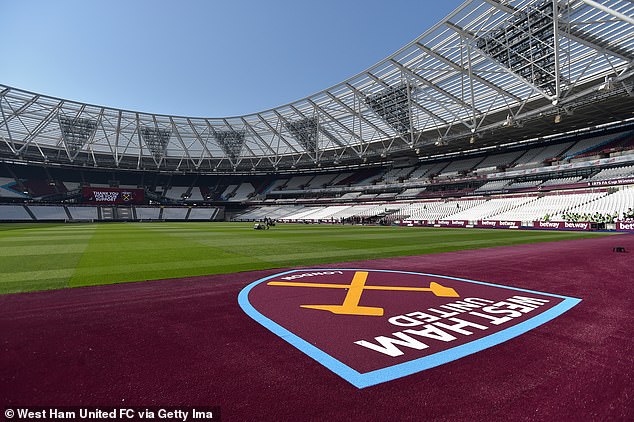 Saturday’s session included an inter-squad match as West Ham stepped up their training schedule ahead of the Premier League restart on June 17.

And according to the report the match apparently lasted for more than 60 minutes and was conducted in controlled conditions, adhering to the Premier League’s phase two return to training protocols.

West Ham have not breached Premier League training protocols in holding the session at the London Stadium.

ClaretandHugh says: It’s a bit of an exaggeration to claim that this was an inventive idea but certainly David Moyes appears to be doing everything in his power to make the return as seamless as possible. It’s a plan that will be used by various clubs no doubt but it’s good to hear that we are among the first to do so. Little will have changed – apart from the match itself – from the Rush Green training sessions and shape and tactics will all have come under the Moyes microscope and been discussed with the players as they went about their business. We have no doubt either that the manager will have been casting a keen eye on the shape of the players since they returned to training as he heads towards his first team selection since the Arsenal game. WE may not all agree with football’s return but it would be wrong not to express my own sense of expetation.

One comment on “Hammers train to the sound of silence”