Posted by Sean Whetstone on January 12, 2020 in Academy News, Whispers 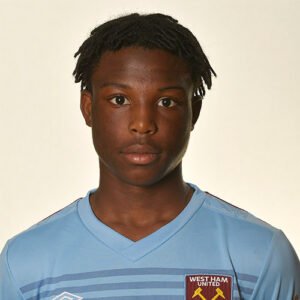 West Ham Under-18s got their 2020 off to an excellent start with a 2-1 win over Chelsea at Little Heath on Saturday morning.

Going into the new year third-placed in U18 Premier League South table, the Hammers were superb against the league leaders who were undefeated up to that point.

The London rival visitors took an early lead when George Nunn put them ahead after eight minutes.

The Hammers first goal came on 32 minutes when midfielder Keenan Appiah-Forson recorded his first goal of the season, arriving at the edge of the area to rifle home Veron Parkes’ ball on the half-volley. Two minutes later, and 18-year-old Parkes found himself on the scoresheet, an excellent team goal seeing Harrison Ashby and Lennon Peake combine down the right before the latter played in Parkes, who provided an exquisite finish – his tenth goal for the U18s in all competitions this campaign.