Posted by Sean Whetstone on October 8, 2020 in News, Whispers 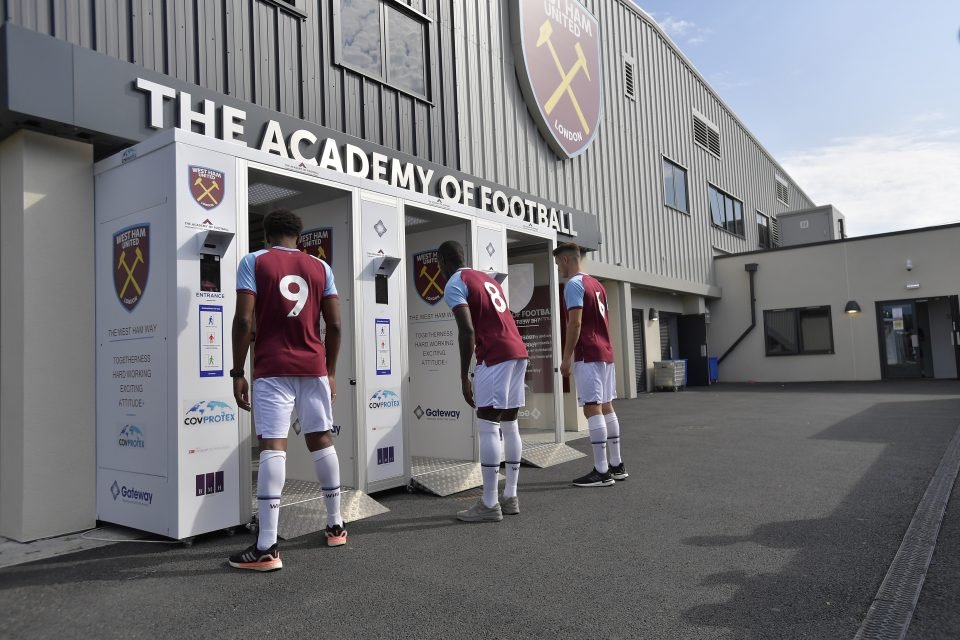 West Ham have installed sanitisation tunnels at their academy training ground to protect staff and players.

The tunnel operates initially as a temperature scanner before misting individuals with a controlled, odourless, water-based solution to disable bacteria and viruses.

Taking just three to five seconds in total, the technology could in theory be used by football clubs to allow fans into stadiums.

West Ham are the first Premier League club to install the tunnels for use in their academy. Designed by CovProtex and Gateway Personal Protection Tunnel have partnered to roll-out the sanitisation tunnels across the sports world.

Trials of the technology have been regarded as a success but the government last month cancelled plans to open grounds to more fans from October.

Ricky Martin, West Ham United Academy Manager, said: “The partnership with CovProtex and Gateway PPT has enabled us to offer an extra layer of protection to our players and staff here at Chadwell Heath, on top of the protocols and measures we already have in place.

The technology could be scaled up and used at the London Stadium to allow the safe return of West Ham supporters subject to Premier League and government backing. 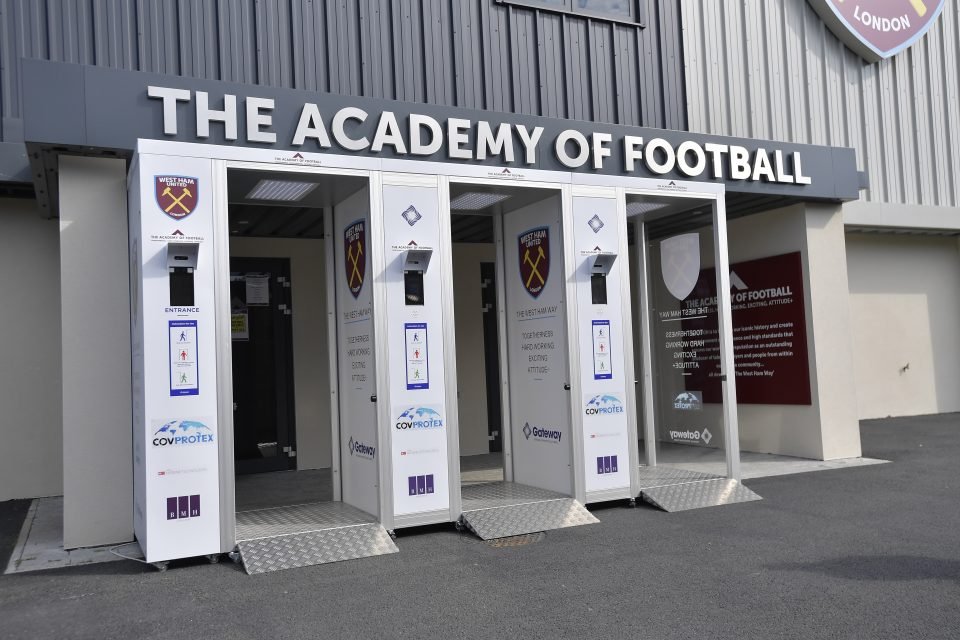