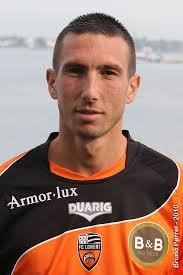 West Ham are still tracking Marseilles midfielder Morgan Amalfitano and may make a definite move over the nest seven days.

The 29 year old has been on the Irons radar for some time and at one point stories were circulating that he had actually joined.

He scored a brilliant goal against Manchester United and showed fleeting moments of real class but couldn’t maintain that on a consistent basis.

The Hammers want to pay around £2 million for him and a source told ClaretandHugh: “There’s nothing imminent but something may happen over the next week.”