Hammers “will listen” to striker bids 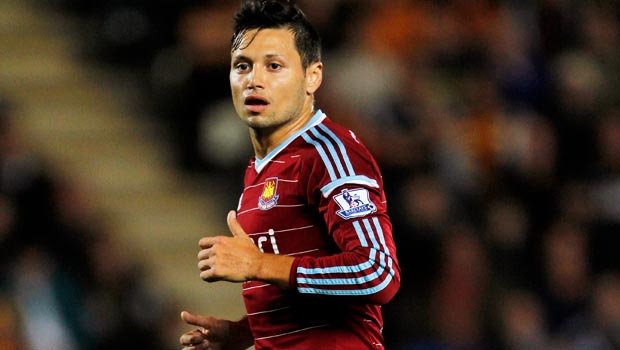 West Ham are ready to allow Mauro Zarate to leave the club if an offer of around £3 million were to emerge out of Europe.

There was much cynical shoulder-shrugging when the player reported with a “niggle” which ultimately ruled him out of the squad for Bournemouth last night.

And ClaretandHugh has learned that whilst there have been no firm bids for the Argentinian the club is ready to listen to bids for him in this January window.

Malaga have long been linked with Zarate who thus far in his 11 year career has moved either permanently or on loan eight times.

And whilst the club told ClaretandHugh” The has been no official approach from anywhere” that was quickly followed by a source adding: “It wouldn’t be a great surprise to be honest were we to get one later on in the window.

“Should bids come in then we will certainly be ready to listen.”

7 comments on “Hammers “will listen” to striker bids”