West Ham have an absolutely woeful record against Arsenal ahead of the Boxing Day clash.

The Premier League resumes just eight days after the World Cup final, when Argentina beat France in an absolute classic. 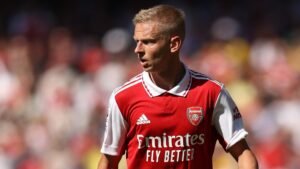 The Irons, if you needed reminding, are on a run of three successive defeats, losing to Manchester United, Crystal Palace, and Leicester City.

It has left them just one point clear of 18th-placed Nottingham Forest, and in very real danger of falling into a relegation battle.

The omens aren’t good against Arsenal, though.

The Hammers haven’t beaten the Gunners since 2019. That was a 1-0 victory thanks to a goal from Declan Rice.

In fact, since 2007, West Ham have played Arsenal 30 times. They have won twice, with the other victory coming in 2015 at the Emirates.

The Irons will need to pull out a performance for the ages, then, if they are to win on Boxing Day, especially when one considers that Arsenal are currently top of the league and have lost just once in the top-flight this term, to Manchester United at Old Trafford.

The Hammers will need to be at their absolute best – good luck Moyesy.