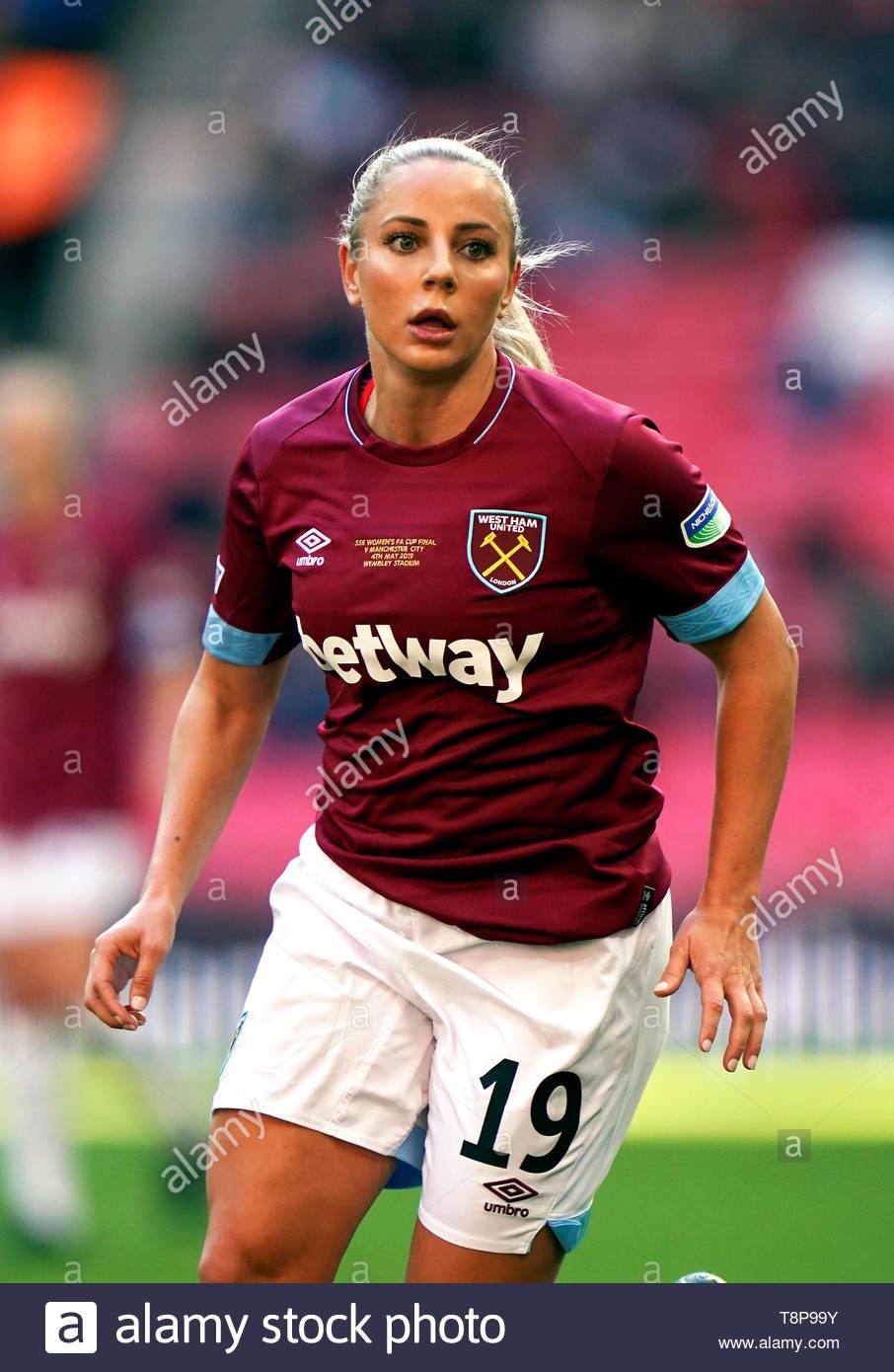 West Ham United Women’s Team grabbed their first win of the new season when emerging 1-0 winners over Birmingham City in their first home game of the FAWSL season this afternoon (Sunday).

Adriana Leon’s (above) low shot gave them their victory at Rush Green and it moves the team up to fifth in the league.

A report on the offficial site says: ‘The first opening went to the visitors; winger Abbi Grant broke through on goal down the left-hand side, her prodded effort was denied by West Ham goalkeeper Brosnan.

Shortly after, West Ham should have been in-front. A terrific run from Kate Longhurst in midfield saw her burst through the Blues back-line but her tame effort was easily gathered by the goalkeeper.

The Hammers grew into the first-half and had another great opportunity in the 20th minute. A driven free-kick by Katerina Baunach was half-cleared to Jacynta Galabadaarachchi on the edge of the box. The 18-year old’s strike was tipped over the bar by Hampton.

Moments later, Leon fired just wide after a clever set-piece routine saw the Canadian find herself in space on the edge of the box but she couldn’t find the target.

Despite West Ham’s constant pressure, Birmingham City remained a threat on the counter-attack, sloppy play in midfield resulted in Lucy Staniforth having time to shoot but she could only find the side-netting.

After the break it was Birmingham City who began the half on the front-foot, Chloe Arthur fired just wide just moments into the second period and West Ham were unable to piece together any lengthy spells of possession.

A fine close-range save from Brosnan kept Claudia Walker at bay after the striker had found space in the box. Brosnan continued her bright start to the season and looked comfortable under the high ball as City put numerous balls into the box.

Martha Thomas had a glorious opportunity to double West Ham’s advantage in the last ten minutes  when moving past two defenders before firing narrowly wide with the goalkeeper beaten.

Birmingham City midfielder Lucy Stanforth was unlucky not to equalise as the clock wound down. The midfielders long range effort was deflected onto the bar by Brosnan and bounced back down onto the line, but no goal was awarded.