Hammers would have say on any Spurs ground share

Posted by Sean Whetstone on September 12, 2014 in News 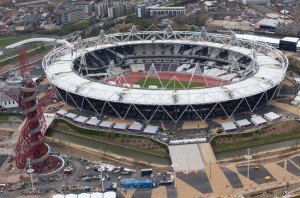 According to the Waltham Forest  Guardian sources inside Upton Park have claimed “West Ham have primary of use of the stadium, meaning the club would have to grant approval for any other clubs to use the site.”

The Guardian’s source added that, as primary tenant, the stadium would be covered in West Ham branding, making it clear that Spurs would be playing at the home of a rival, rather than sharing a ground.

The source also insisted the Hammers would have priority over fixtures.

The comments come a day after Dennis Hone, outgoing chief executive of stadium manager, London Legacy Development Corporation (LLDC), which manages the Olympic Stadium, said: “If they (Spurs) approached us, we would certainly talk.”