Hammers yet to meet Jelavic valuation 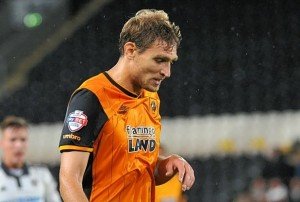 Hull City manager Steve Bruce has admitted Jelavic is edging ever closer to the exit door as he left him out of the squad that faced Preston on Saturday.

Hull will take a hit on the £7m they paid Everton to sign the 30-year-old in January 2014 but West Ham are yet to meet the club’s valuation according to Bruce, believed to be in the region of £4m.

“I had a conversation with Jelavic, which was only right,” Bruce told the Hull Daily Mail. “How could he play when his head was elsewhere?

“Now let’s see if the two clubs get to the valuation. He has a buy-out clause but they have got nowhere near that. Come Tuesday, I would still expect him to leave.”

22 comments on “Hammers yet to meet Jelavic valuation”