West Ham were beaten yet again, this time by Brentford, on Friday in the latest of a series of terrible performances.

The Hammers did have plenty of the ball and they did create chances, but there was precious little invention in the final third of the pitch. 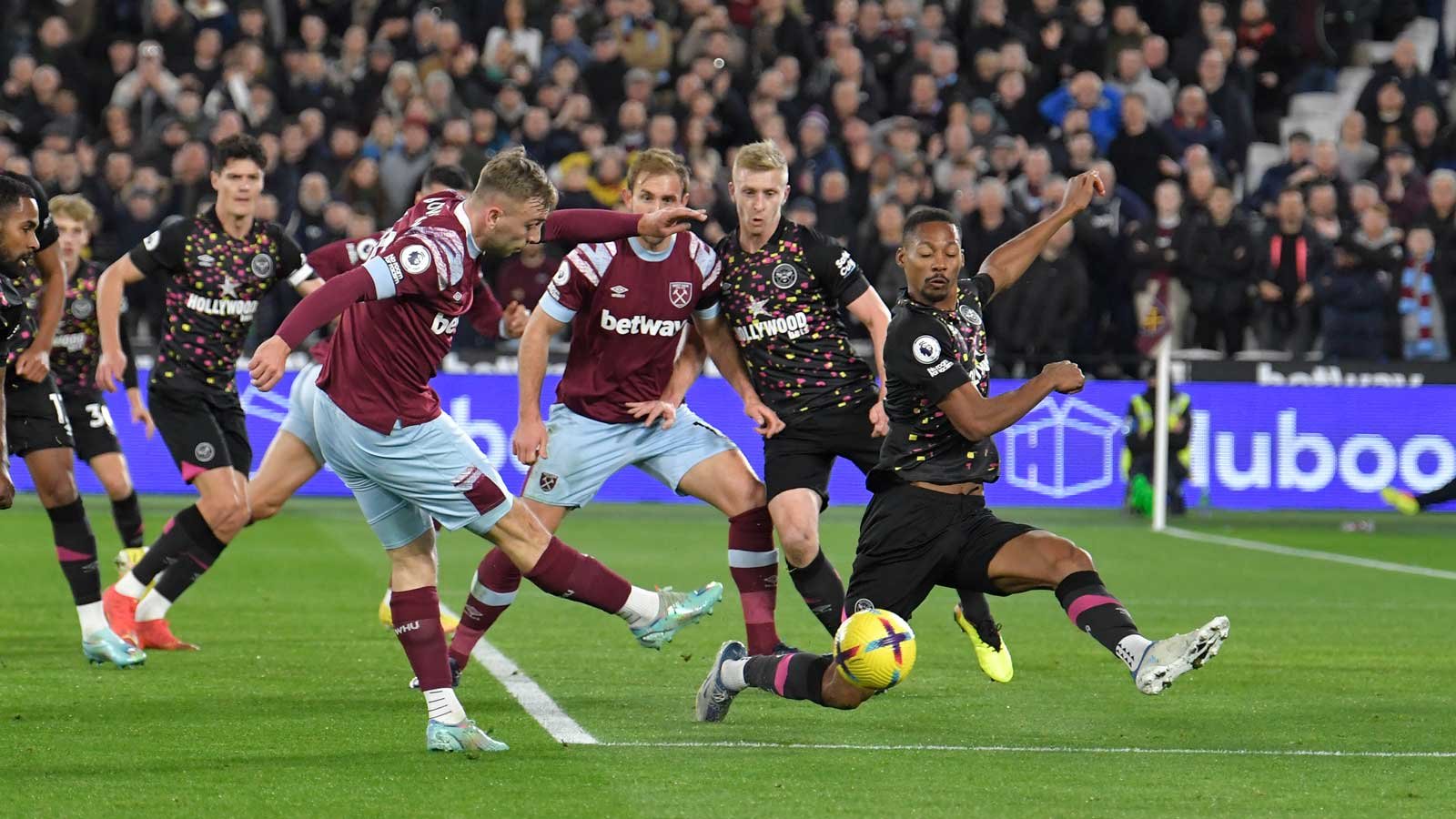 There was a dearth of service to the feet of Gianluca Scamacca, while Lucas Paqueta was anonymous at times in central midfield. Declan Rice did hit the post in the first half but beyond that, there was so little quality.

The Irons went into half-time 2-0 down, with Ivan Toney opening the scoring after 18 minutes.

Toney reacted quickest in the penalty area to stab home after Lukasz Fabianski made a save from Christian Norgaard at a corner.

And Josh Dasilva added a second before half-time in dire defensive circumstances.

The Irons turned over possession at a throw-in, and Dasilva sprinted beyond Aaron Cresswell, leaving him in his wake, and finished below Fabianski.

Paqueta had his best moment just after half-time, flashing a shot just wide, before Jarrod Bowen thought he’d won the Hammers a penalty, going down in the box, but replays showed the foul on the winger took place just outside the area.

Fabianski made a good save from Salman Ghoddos in the 71st minute, tipping a volley just round the post, but overall, this was a dreadful performance.

Fans began streaming out of the exits around the 80th minute and one has to think the pressure is now firmly on manager David Moyes, especially if the heavy boos at full-time are considered.

This is now five successive defeats , and it’s just the latest hapless performance. It’s probably time for a change.