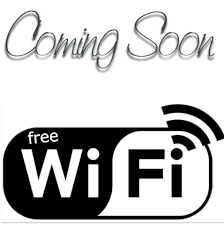 London Stadium wide ‘High-density Wi-Fi’  is on target to be installed by 31st October.

Stadium owners E20 signed a contract with O2 who have been busy installing the equipment for many weeks.

Testing of the new Wi-Fi service is set to begin at start of November with free Wi-Fi scheduled to be made available to all stadium users by the end of the year.

O2 has re-used much of the infrastructure left in the ground from the London 2012 Olympics as well as the existing fibre network but has installed a new mesh of Wi-Fi access points to allow a crowd of up to 60,000 to enjoy fast download speeds of up to 30Mb/s.

However, stadium owners may be looking for other sponsors to help absorb the cost of installing and the ongoing upkeep of the Wi-Fi going forward.