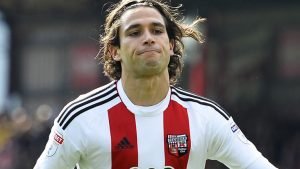 Redknapp has agreed to pay Brentford an initial £6million fee for the Spanish playmaker, a deal that could eventually rise to a club record £8million. Jota returned from a loan spell at Eibar to fire 12 goals in 23 appearances for the Bees during the second half of last season and has attracted the attention of several Premier League clubs including West Ham.

Harry Redknapp is set to produce another famous deadline day signing by bringing former Hammer Alex Song to Birmingham. Song has travelled to the midlands to complete a move from Rubin Kazan